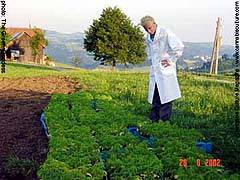 For over two decades since the early 1990’s Christopher Iverson has been one of the most outspoken and prolific marijuana activists in the country.  He’s been written up and featured in magazines, newspapers and on television dozens of times for his work.  Christopher is also a pilot and one time he got arrested for flying medical marijuana to Utah in his small plane!

Here are some links to stories about Christopher Iverson’s marijuana activism over the years and his Utah arrest;